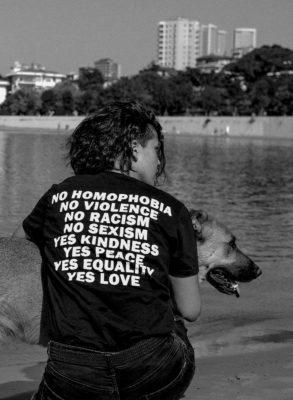 With the horrible events in our nation’s Capitol recently, I’ve been struggling a bit with how to appropriately provide relevant, but sensitive content for this week, so it seemed fitting to broach the topic of racism, or at least racism in dogs.  Often clients sheepishly bring this up in consults and sort of whisper “my dog is a little bit of a racist.”  I assure them, first, that they’re not alone and second, that as embarrassing as this is, that isn’t actually what’s going on.  Just like humans, dogs are not born with any predisposition disliking any particular race but if their humans shelter them, especially during the critical socialization period, or the dog lives in a particularly homogenous community, then that isolation can lead to neophobia (fear of new/unfamiliar things), which could lead to a dog being afraid of people who look unfamiliar.  And to a dog, unfamiliar is scary.  And when a dog is scared, they often communicate by growling, barking or giving other threat signals in an attempt to create distance between them and the thing they’re afraid of.  Need some help understanding dog communication?  Download this free handout!

In many cases this fear results from lack of socialization, which I covered in depth during my 4-part Fear in Dogs series recently but can also result from a bad experience, which can generalize to an entire group who looks a certain way.  Often though, when we dig deeper into things during the consult, we uncover that the dog (sometimes to the relief of the owner) actually has a more broad fear of strangers and not actually isolated to a specific racial group.

There’s not a ton of research on the topic of racism and dogs, but there were two studies that concluded socialization and racial preference was correlated with the dog’s caretaker’s race, so “Black dog owners reported more positive behaviors of their dogs directed to Blacks rather than toward whites and white people reported that their dogs showed more positive behaviors toward other white individuals and more negative behaviors toward Black people.”  These studies also looked how the owners’ own implicit and explicit racial preferences – “the more social interaction there was between the owner and people of different races, the less likely the dog was to show any apparent racial discrimination in its behaviors toward strangers of different races.”

So, the good news is your dog isn’t a racist.  Unlike human racists, who choose to hate others, your dog is afraid of unfamiliar people.  While this isn’t an easy thing to help a dog overcome, because fear is the most difficult thing to improve in a dog, we can work to come up with a plan to help your dog feel safer, get some management in place for immediate relief and come up with a long term training plan.  If you and your dog need help, schedule a consult today.

← Prev: How To Conquer Regressions, Separation Anxiety and Otherwise Next: Breaking Training Down Into Bite Sized Pieces → 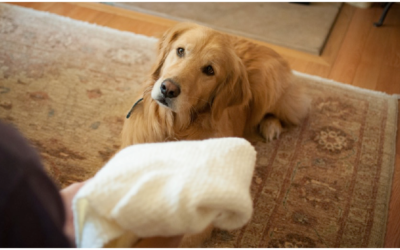 Bringing Home Baby: Should You Bring The Blanket Home?

This is the first in my series, Bringing Home Baby.  For the next several weeks, I'll be discussing some common...

I won’t lie: there is no substitute for quality training and behavior modification. BUT, there are a lot of... 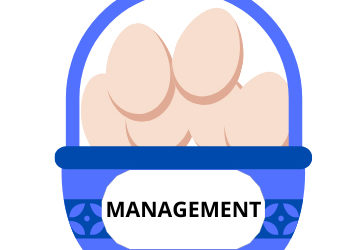 The Importance of Management in Training