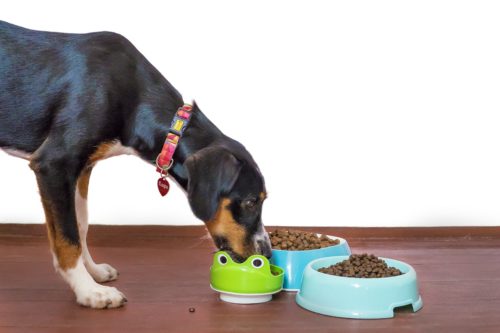 Recently I’ve written about resource guarding prevention, and what to do if you have a puppy or a new dog who doesn’t resource guard.  You can see that post and videos here.

Today I’m debunking some common myths about how to prevent or “fix” food and resource guarding.  The internet, and well-meaning friends, may have lots of suggestions on what to do but often those suggestions not only don’t help but can actually contribute to or cause resource guarding!

Here are the common myths that may actually cause more harm than good. In other words, here’s what NOT to do:

Myth #3: Stick your hand in the bowl while he’s eating.
Reality: Nope, don’t do that.  Not only could you get bit but there’s nothing to be gained by doing this. Would you want someone sticking their hand in your food when you’re eating?  Probably not and you might stab them with your fork.

Myth #4: Feed your dog in a high traffic/busy area so he gets used to people walking by when he’s eating.
Reality: Again, nope.  This won’t teach your dog to get used it anything and could just create a situation where he’s on edge when he’s eating or begins to guard if he feels unsafe eating in such a busy area.

Myth #5: Make resources abundant so he’ll learn he doesn’t have to guard.
Reality: Unfortunately, it just doesn’t work like that.  Deprivation sometimes can contribute to guarding but undoing that learning needs to be active, not passive.  It’s unlikely the dog will come to conclusion, “hey, wait a minute – I have lots of other toys – I don’t need to guard this one!”

Myth #6: Your dog is guarding because he’s dominant or a “bad” dog.  You need to be the boss/alpha.
Reality: Nope again. Your dog is guarding because those items are valuable to him and his doggy software is telling him to protect these things because his life depends on it.  We know it doesn’t but the software in domestic dogs can be a little buggy, so his brain is telling him otherwise.  It’s got nothing to do with alpha or being the boss or being dominant.  All of these ideas are outdated or debunked ideologies of training, even though they’re still pretty prevalent in culture.  Doing any sort of aversive, rough handling like pinning or scolding him if he’s guarding will only make things worse.  You can read my blog about that here.

Guarding is a normal behavior.  Guarding doesn’t mean your dog is a bad dog or that there is anything wrong with him.

As my mentor., Jean Donaldson says in her book about resource guarding, Mine,

“Guarding food, objects, mates and spaces are highly adaptable traits in a natural environment.  If dogs had to fend for themselves tomorrow, guarders would have the survival and reproductive edge over non-guarders.”

If you have a guarder, whether it’s food, toys, location, favorite person or high value chews, reach out to me for help. You may also be interested in my other blog posts How To Help A Dog Who Guards Bully Sticks and How To Help A Dog Who Food Guards.  Resource guarding sessions are easily done via remote video sessions so it doesn’t matter where you are in world – I can help you! 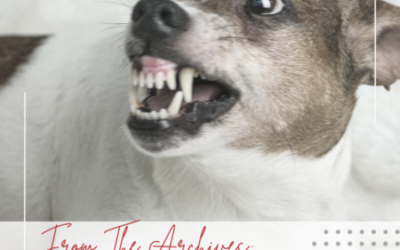 What To Do When Your Dog Growls

Understanding how to read your dog's communication is the single most important thing you can to improve your... 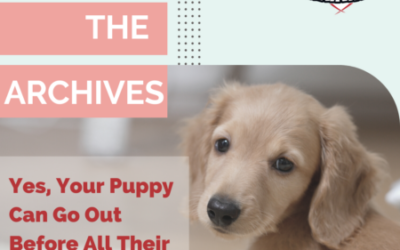 Yes, Your Puppy Can Go Out Before All Their Vaccines

The myth, and frankly, dangerous, outdated "advice" breeders, rescues and even vets are giving to new owners that...

Decompression: 9 Ways To Help Your New Dog Adjust To A New Life

So you've brought home a new rescue dog (or are preparing to do so)!  Congratulations on your new addition! I...