The Myth of Littermate Syndrome 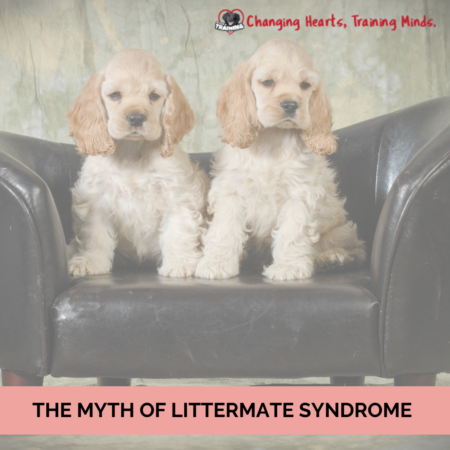 If you’ve been here a while, you know I’m a huge advocate for evidence based training, continuing education and debunking myths that can be harmful or misleading. In all my work with rescues and shelters, every single one has ascribed to the myth of “littermate syndrome,” an anecdotal belief that if two dogs are acquired together, usually siblings, that this increases their risk for separation anxiety, aggression, general anxiety, makes them more difficult to train, won’t bond with humans and will be unhealthily bonded to each other. The thing is, there’s no actual evidence for this. In fact, some evidence shows dogs don’t even recognize their siblings after 2 years. But it says “Syndrome” right in the name, so it must be legit? Nope. So let’s dive in and if there’s any rescues, breeders or shelters reading, I urge you to rethink your policies or at least your given reason for these policies.

So where does it come from? And, why would anyone want two puppies at the same time?

I think one reason this idea developed is we as humans think it’s cruel or inhumane to break up a canine family. Perhaps we can’t imagine being separated from our human siblings and we are imposing that onto dogs. But in dog development, it’s normal for them to stop nursing, gain independence and be separated. A myth for another day, is debunking the idea that dogs are pack animals. They’re not. They’re social creatures but when we look at packs of wild dogs, they mostly come together for things like mating and feeding.

Another reason is the idea of convenience – that two puppies will “entertain” each other, and then there’s less work for the human to do. Afterall, if two dogs are playing a lot then maybe they don’t need walks as frequently. While there are benefits to having a playmate, dogs don’t learn from each other, by imitation and having a canine buddy doesn’t eliminate the need for training and human companionship. (For cats, it’s a slightly different story. You should ALWAYS get two kittens. Kittens do much better as a pair than as singles. But that is not the case for puppies.)

So where do the problems come from?  All these reports of bonding issues and difficulty training? My guess is this is a human issue. One puppy is a lot of work. Two puppies is like having newborn twins. In order to properly raise two dogs at the same time, the owner needs to treat them as if they are solo dogs. They need separate training sessions, separate walks, separate sleeping areas, separate potty training, separate socialization…the list goes on.  Instead of two puppies lessening your work, you’ve actually doubled it.

When I see littermates having issues between them, it’s almost always because the dogs missed out on alone time training, potty training, resource guarding prevention, socialization and everything else that goes into raising a happy, well-adjusted dog. Of course there could also be illness or poor genetics at play but in general, the issues I see are usually normal dog behaviors, just between siblings.

And if I can bring in some critical thinking skills here, if Littermate Syndrome existed then why wouldn’t the many dog breeders who keep and raise littermates for their breeding or show programs see issues over and over?  Shouldn’t these dogs be killing each other because they’re so aggressive? Shouldn’t they be terrified of people because they’re only bonded to each other?  There are countless examples of siblings who have successfully navigated puppyhood without incident and grown into adulthood as well-adjusted dogs. Just as with human twins, canine siblings require individual love, attention and guidance to grow into well-adjusted individuals.

I can fully respect shelters, rescues and breeders having policies in place and allowing families two dogs at the same time for a variety of reasons but claiming a fake syndrome shouldn’t be the reason.

Contact me if you need help or are thinking about adding to your family! And be sure to sign up for my free weekly newsletter so you don’t miss out on free tips, videos, personal stories, client successes and more!

← Prev: Fear Is Not Disobedience Next: 3 Steps To Successful Puppy Raising → 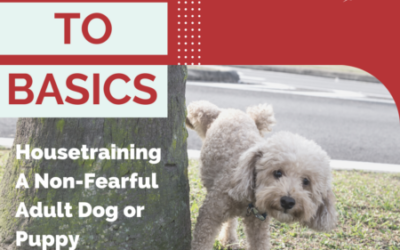 Back To Basics: Housetraining

Many people, whether they have a new puppy or a newly rescued adult dog, struggle with the most basic of things... 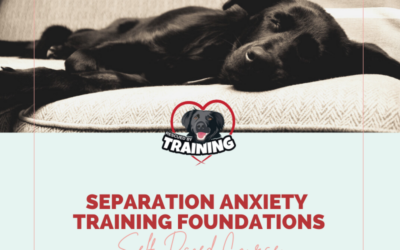 Recently I covered the topic of Is It Separation Anxiety Or Something Else? Some clients come to me already... 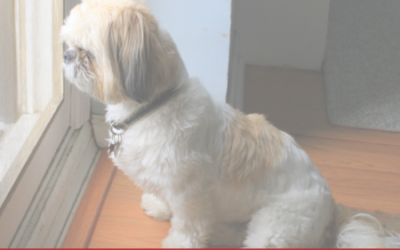 Is It Separation Anxiety Or Something Else?

It can be confusing for dog guardians to know if their dog or puppy is experiencing separation anxiety or just...