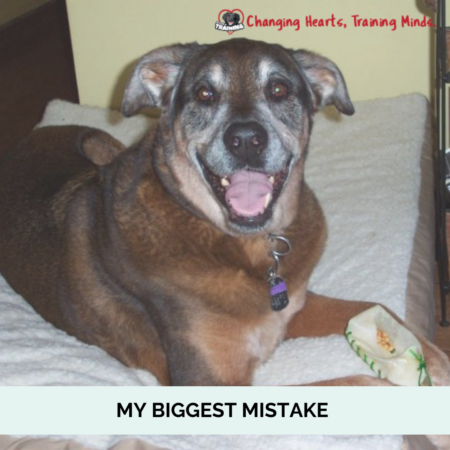 “I did then what I knew how to do. Now that I know better, I do better.” 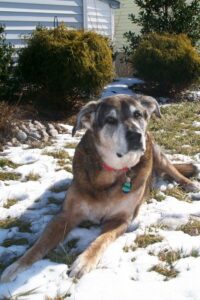 This is Bandit. He was my first dog as an adult, long before I was a certified and highly credentialed trainer and behavior consultant. While he wasn’t the dog that made me want to become a trainer, he was the dog that suffered many of my uneducated mistakes. And he was the dog that helps me have empathy and compassion for those living with fearful and aggressive dogs, because Bandit bit 7 people over the course of his 11 year life, including me and my husband in the face. We were prisoners to our aggressive dog. We couldn’t take vacations together because it was only safe for him to stay with one of us. We always had to put him away when people came over. Our whole life revolved around keeping him away from everyone except us.

I made a lot of mistakes, took lots of bad advice, of course thinking I was doing the right thing. This is why this quote from Maya Angelou touches my heart. Nobody ever sets out to intentionally hurt, damage or scare their dog. Of course we think we’re doing the right things, often times guided by so-called professionals. What mistakes did I make? All of them. Or at least that’s how it feels.

Don’t get me wrong.  I loved him.  A lot. I just didn’t know any better.  20 years ago dog training was in an even worse state than it is now. It’s not regulated now and certainly wasn’t then.

Bandit was a smart, fun dog.  We joked he was perfect except for when he was biting people. And this is common for owners of aggressive dogs to think. I know I made mistakes and knowing what I know now, it’s very, very likely that the things I did made him worse. He died suddenly in 2009 from a seizure, the first of his life, and our vet suspected a possible brain tumor, but we never confirmed that.  We do know he was 130 pounds, had an undiagnosed ACL tear for a long time before it was properly diagnosed and he got surgery.  He never really fully recovered from that surgery and it’s possible he was always in some level of pain from it.

So what was my biggest mistake?  It’s hard to pick just one, right? My biggest mistake is that I didn’t learn to do better soon enough. Even after the heartache of living with an aggressive dog with a bite history and contemplating behavioral euthanasia, after Bandit passed away and we got Barbo, I paid a “trainer” to help us – one that was a Cesar Millan wannabe and proudly featured a photo of him and Cesar on his website. At the time, I thought this was incredibly impressive and was sure he was the one to help us. I told him the story of Bandit and how traumatized I was having lived over 10 years with an aggressive dog. He happily counseled us to use a slip lead and to keep it high and tight on his neck and do leash corrections if Barbo pulled. He “taught” us to drag Barbo across subway grates when he was afraid. He encouraged us to use the same methods we described using on Bandit – the alpharolls, not letting him on the furniture, not using human food, and generally discouraging him from being a dog. And I went along with it, for a while. Had I learned nothing? Those things never helped Bandit, why did I think they’d help Barbo or prevent future behavior problems?

Well, fortunately, I did learn. After two sessions, something didn’t sit right with me. Yes, this guy was a so-called professional, but he was encouraging me to do mean things to my new sweet, adolescent dog. SO I DID BETTER, for Barbo and ultimately for BooBoo and for the thousands of dogs I’ve worked with.  I stopped using that trainer. I ditched the slip lead and started using food instead of coercion and force. Barbo didn’t endure those inhumane methods for very long. He’s lived a long 13 year life filled with lots of couch and bed snuggles, sniffaris, human food as treats, barking at things, stealing loaves of bread, jumping on people to say hi (in his youth), chewing shoes, pulling the toilet paper roll and all the things normal dogs do. And I’m thrilled he feels safe enough to be a dog, that he’s not afraid and shut down and that he can be naughty occasionally.

All this to say, we all have to start somewhere! We all make mistakes but the important thing is to learn from them and do better.  Maybe you have used aversive methods or haven’t done all the things you wished you could with previous dogs. Don’t live in the past, regretting things – make proactive, positive changes for your current dog. I can help. Schedule your session today.

← Prev: How To Select A Rescue Or Shelter Next: Fear Is Not Disobedience → 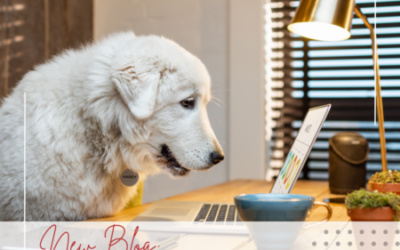 In some celebratory news, last month marked 3 years that I've been writing weekly blog content (except for a... 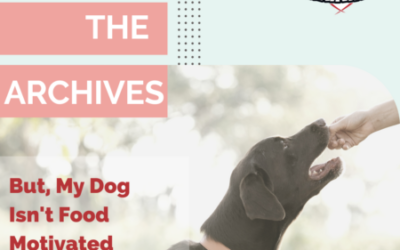 But, My Dog Isn’t Food Motivated

If I had a dollar for every time I’ve heard this, I’d be sitting on a private island somewhere retired right... 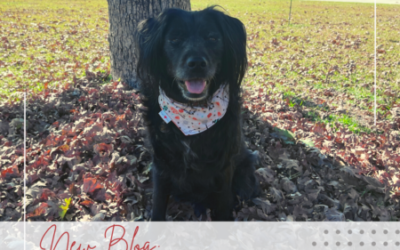 Thankful, For A Lot

During this week of Thanksgiving, I'm reflecting on the many things I'm thankful for and that includes all of...