But, He’s Fine At The Vet – Understanding Learned Helplessness 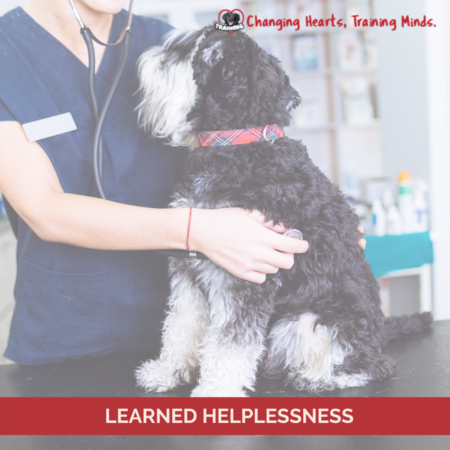 Often clients will tell me all about their dog’s issues and then say something like “But, he’s fine at the vet.  He doesn’t try to bite or growl or do anything. He just stands there.” Thinking the dog is “fine” in those super scary situations because the dog is “calm” and doesn’t fight, doesn’t mean the dog is comfortable. This is when we chat briefly about learned helplessness, flooding and understanding that tolerating something isn’t the same as enjoying it. 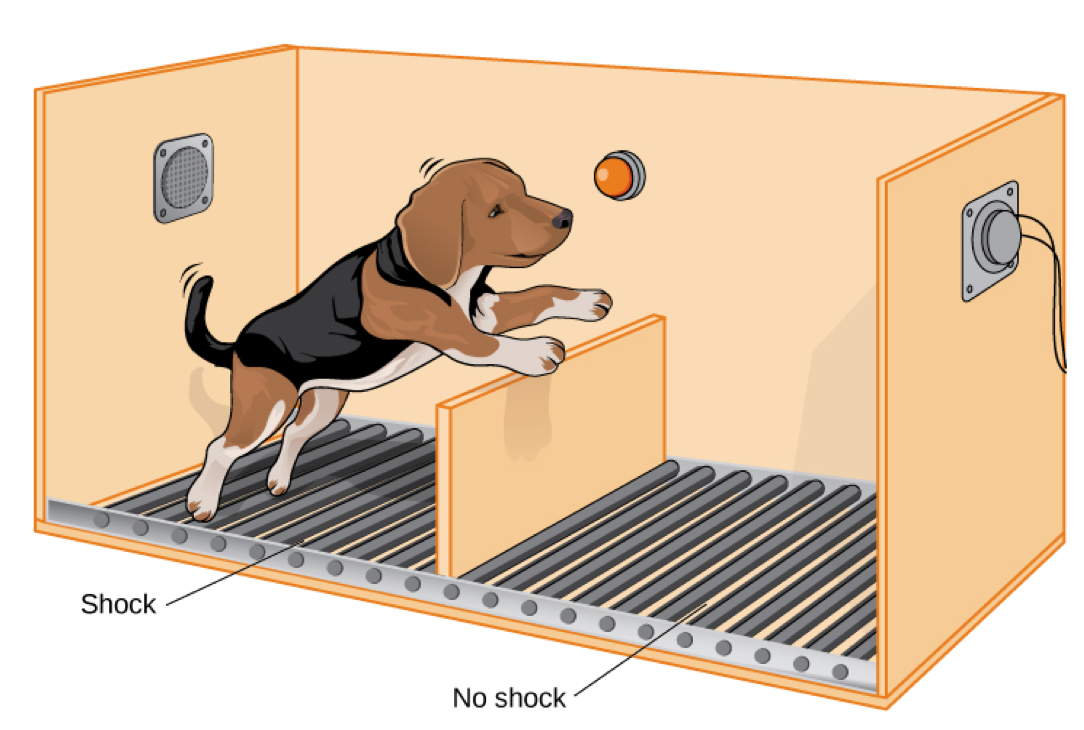 Our understanding of learned helplessness comes out of human depression research by a psychologist, Martin Seligman, where he concluded that depression and related mental illnesses may result from “real or perceived absence of control over the outcome of a situation.”  In his experiment, conducted in 1967, he shocked groups of dogs – one that could stop the shock by depressing a lever and one that had no way to stop the shock.  Those dogs were then put into a shuttle box with shock floors on one side and a little divider with a no shock floor on the other side.  The divider could easily be jumped to escape the shock, but those dogs who had been shocked before with no way to stop it didn’t even try to escape.  The ones who had learned to depress the lever earlier to stop it, hopped the divider.  This is learned helplessness.  The animal learned they are powerless to change the situation, so they don’t even struggle to try to avoid.

Dogs can experience learned helplessness if they are repeatedly put into situations where choice is removed from them and things just happen to them. Intentional overexposure to something your dog is afraid of is called flooding (it is the opposite of desensitization) and flooding can lead to learned helplessness, because the dog learns there’s nothing he can do to avoid that scary stuff.

Let’s put this in human terms for a minute.  Imagine you’re claustrophobic.  I lock you in a tiny room for long periods of time and you don’t know how long you’ll be in there.  My hope is that this will teach you to “get over” your claustrophobia and “show you” that being locked away in a tiny room is nothing to be afraid of.  Of course if I did this, it wouldn’t help you learn tiny spaces are safe and might make you even worse. This is flooding. The first time I put you in the room, you might try to bust the door down for a long time until you realize it’s not working.  And, if I exposed you to this treatment every day and you were never successful at busting the door down, you’d eventually stop trying.  This is learned helplessness.

Some common dog examples of flooding and where you might see learned helplessness result:

My friend over at Eileen and Dogs has a great post, Sink or Swim: 9 Ways You Might Be Flooding Your Dog that is worth the read.

Dogs rescued from bad situations like meat farms, puppy mills or backyard breeders may appear shut down, even when they are moved into a better living arrangement.  They can take a long time to decompress and settle in before they learn it’s safe and are no longer experiencing learned helplessness.  This can be discouraging for new owners but remember, the dog doesn’t know what’s happening.  He doesn’t know your home is an upgrade or that this is now his forever home.

Dogs that have be subjected to aversive training methods such as shock, prong or choke collars, alpha or dominance techniques, or have owners or trainers who have punished or ignored the dog’s warnings signs (like growling) often reach a state of learned helplessness if they are repeatedly exposed to these methods.

As I’ve said many times before, in the US, dog training is unregulated. That means any method including physical pain – choking, cutting off airways, hitting, leash corrections or shocking are all still legal in the US.  And yes, sometimes those things can temporarily interrupt behavior because every animal wants to avoid fear and pain.  But as I’ve talked about before, behavior suppression is not the same as behavior modification. There is no regulation, licensing or consumer protection in dog training in the US.  So there’s very little you can do if your dog gets worse from these antiquated methods. Credentials matter.  Read my post of the Muddy Language of Dog Titles here for more detail on credentials. Buyer beware.

If you need help, please reach out for help and let’s make a plan.  Schedule your session here!

← Prev: 5 Mistakes You're Making With Your Fearful Dog Next: The Myth of the Calm Dog → 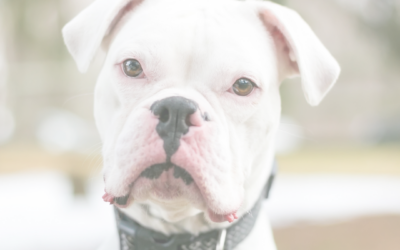 Recently I hosted a free Q&A on training deaf dogs, with my friend and colleague, Zach from Evolved Dog... 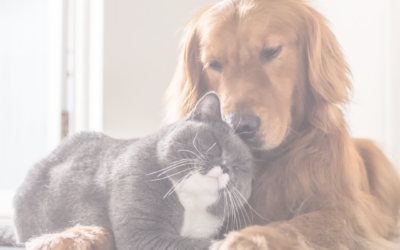 Dogs and cats can, in many cases, live in harmony or peacefully coexist. But there's several things that can be... 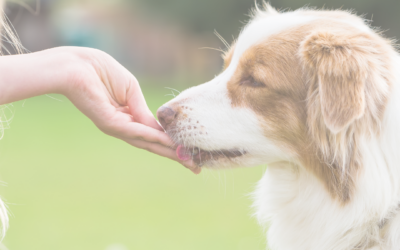 When Can I Stop Using Food?

This is probably one of my most asked questions from clients.  And if it's not that, they're telling me "But,...