In my previous post cautioning about aversive dog training “boot camps” I touched on the long-lasting negative effects that often happen.  I wanted to share the story of a dog I worked with, named Noelle. 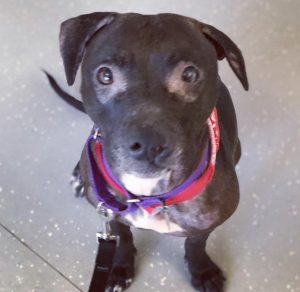 I worked with Noelle after she was sent to a 6 week board and train shock trainer in NYC.   The day she returned from boot camp, she was wearing both a prong and a shock collar, was malnourished and bit the adult owner within hours of returning home.  She had been sent off to the board and train because she was barking at other dogs on leash and was a little bit of a bully at the dog park, but hadn’t injured any other dogs.  Her family concluded she was “being aggressive” and “acting out” and that she needed to be “fixed.” So they sent her off to a place claiming to rehabilitate dogs.

They didn’t know better and it’s not their fault.  With no licensing, regulation or education requirements, anyone can call themselves a trainer and it’s up to consumers to muddle through to figure out who is legitimate or not so it’s easy to fall prey to fancy talk from charlatans.  That’s why it’s so important that before you hire a trainer that you look for transparency and ask them these questions.

Now, after spending $6500 on that trainer, Noelle had a human bite history, injured 2 dogs at the dog park, sending them both to the vet for multiple stitches and antibiotics, was lunging and snarling at strangers and had developed fear of being touched (body handling).  Not only was she not “fixed” but now she had new, much more serious issues than what was present when they sent her off to boot camp six weeks prior.

Obviously these clients had no idea how damaging boot camp would be or they wouldn’t have sent their dog there.  They thought this person who claims to be a trainer and a behaviorist (more on the appropriation and abuse of that term another day, but in short, unless the person is a veterinary behaviorist or holds a CAAB or ACAAB from Animal Behavior Society, they are not actually a behaviorist) was going to help their sweet dog. They didn’t know what questions to ask and were swept in with promises of their dog being fixed all without having to juggle their busy schedules for private sessions or spend time practicing training exercises.

No reputable trainer will ever give you a guarantee of success or promise to fix your dog.  In fact, it’s unethical to do so according to The Certification Council for Professional Dog Trainers (from which I hold a Certified Behavior Consultant Canine-Knowledge Assessed (CBCC-KA), an advanced certification for dog trainers who offer canine behavior modification).  “Trainers/behavior consultants refrain from providing guarantees regarding the specific outcome of training and behavior plans.”

Noelle’s story, unlike so many others, has a happy ending but it took almost of year of undoing the damage that 6 weeks caused.  If you need help finding a qualified trainer, check The Academy for Dog Trainers directory or the Pet Professional Guild directory.  If you still can’t find help or are unsure if the trainer you’re considering is using the right methods, contact me.  I also offer remote sessions for many issues, including basic obedience, house training and fear and aggression. 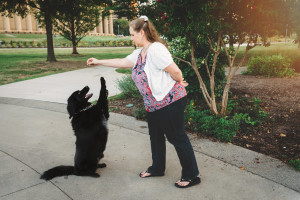